How long did the Spanish flu pandemic last!

The Spanish flu pandemic, which caused the influenza virus that killed about 100 million people. In 1918 an epidemic struck our beautiful world, affecting about one-third of the world's population. I was talking about the Spanish flu pandemic, which caused the influenza virus that killed about 100 million people.

Although the virus initially appeared in Europe, the virus quickly spread throughout the world, including the Americas, Asia, and Africa. At that time there was no vaccine for the influenza virus in the people, so the epidemic took shape very quickly.

The Symptoms of the Spanish Flu Pandemic Were as Such

The first outbreak of the influenza virus occurred in the spring of 1918, and in the early stages, it did not become epidemic. Among those who began to suffer from the Spanish flu, symptoms of the common flu, such as fever, cold, cough, and fatigue, were seen. They usually recovered within a few weeks, and the initial mortality rate was much lower.

However, during the autumn of the same year, the second outbreak of the influenza virus began to appear. Infected people were dying within hours or days of showing symptoms of the virus. At that time, the skin of the infected person was bluish in color and the lungs were filled with fluid, which caused the infected person to stop breathing. The victims were bleeding from their noses and mouths.

The Cause of the Spanish Flu Pandemic

It is not yet clear where the Spanish flu originated. However, the flu was first seen in 1918 in parts of Europe, America, and Asia. Later it quickly spread all over the world.

Though the idea is that the Spanish flu was first detected from a military camp in a city called Kansas in the United States. He had about 50,000 soldiers in the camp. Due to the lack of adequate sanitation, the flu spread among US troops from the camp. The virus later entered Europe when U.S. troops went to Europe to fight.

Although this flu was not limited to Spain, it was named after the Spanish flu. Because at that time the prevalence of this disease was very high in Spain in Europe. The Spanish media was the first to report on the epidemic. Countries that fought in World War I did not publish sensitive news without the permission of their government. Due to Spain's neutral role in World War I, the country's media did not have such restrictions. 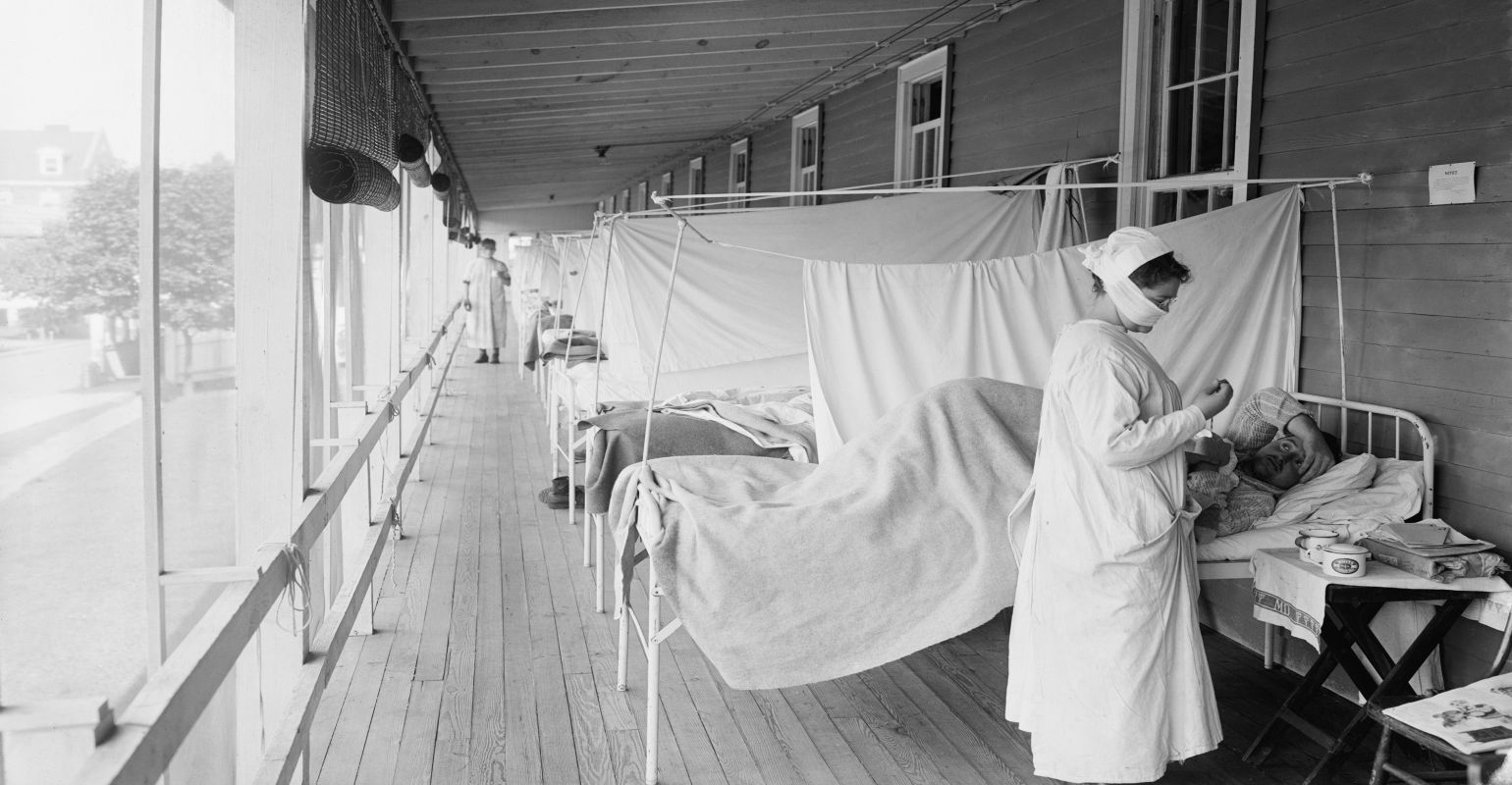 The Fight Against the Spanish Flu Pandemic!

The unusual aspect of the 1918 flu was that it attacked many healthy young men and women who were generally more resistant to the flu.

Many of the victims took part in World War I. Although not killed during the war in 1918, many American soldiers died from the virus. Forty percent of the U.S. Navy and about thirty-six percent of the U.S. military were infected. At the time, American troops were roaming the globe, and as a result, the influenza virus was spreading rapidly around the world.

The death toll from the Spanish flu pandemic is estimated at 20 million to 50 million. Many people think that even if the death toll is reduced to 10 crores! However, due to the non-preservation of various medical records, it was not possible to find out the exact number.

When the Spanish flu first struck, doctors and scientists had no idea what caused the virus and how to treat it! The first vaccine against the virus was introduced in the United States in 1940. Subsequent antimicrobial companies are rapidly developing these antidotes, making it possible to rule out future attacks by the virus.

The number of people infected with the virus increased so much that many buildings, including schools and homes, were converted into temporary hospitals. And because of the small number of doctors there, medical students also had to provide health care.

Several areas of the United States were isolated from the surrounding area due to the high prevalence of the virus. Everyone was then instructed to wear masks and all public places, including schools, colleges, churches, and theaters, were closed.

According to The New York Times, during the epidemic, if anyone spat on the streets of America, the Boy Scouts would come up with a card that read, "You're doing anti-health work!" 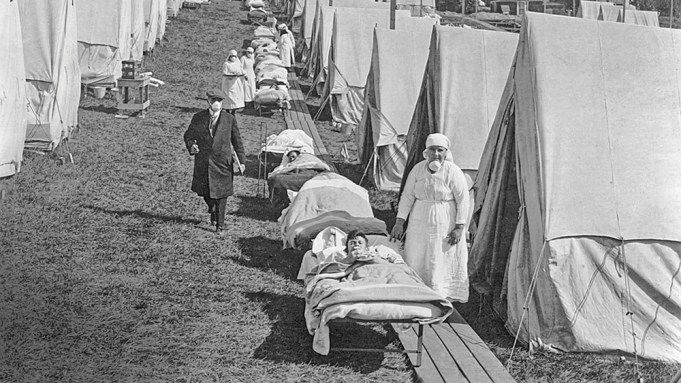 The Horrors of the Spanish Flu Pandemic

Never before have people witnessed the rapid spread of the Spanish flu in 1918. The virus had taken such a terrible form that many people were found to be sick in the morning and died at noon. Somewhere, it has happened that none of the relatives including the whole family survived! A different kind of frightening situation was created.

No one knows when someone will be infected with this virus. No one could understand when he fell into the lap of death. An infallible blow of destiny took the man to a very extreme situation.

There was a situation where those who used to bury their dead bodies could not find anyone to bury their own dead bodies. Otherwise, if someone gets infected with the virus due to catching a dead body, this fear also spread among everyone!

Meanwhile, there was a shortage of people to cultivate, so it is clear that the virus has paralyzed the entire economy, including the food system.

The Flu Is Over

During the summer of 1919, the outbreak of this terrible flu began to subside. Those who have already been infected have either died or their bodies have developed immunity to the virus naturally.

Nearly ninety years later, scientists discovered why the Spanish flu was so epidemic. They said the three genes combined to make the virus look terrible. The virus directly weakens the infected person's bronchial tubes and lungs so that the pneumonia bacteria can spread very quickly through the infected person.

Even after 1918, influenza became an epidemic in several countries, but its severity never surpassed that of 1918. Yet, by 1957 the influenza virus had killed nearly two million people.

In modern times, many have forgotten about the Spanish flu pandemic, as the horrors of World War, I coincided with the outbreak of World War I.

The Black Death: The Most Terrible Epidemic in History

Some Unknown Facts about the Statue of Liberty You Might... The Wonder of Quantum world Mosquito in Drone is A Solution to Getting Rid of Them! Sealand | The Smallest Country in The World

Sealand is the smallest country in the world, standing as a platform amidst of wide-open... New Passenger Drones Are Coming: You Should know about...

There are new generation passenger drone coming! These drone with passenger are... Coronavirus Researches Are as Swift as The Outbreak

Coronavirus is threatening us constantly as the coronavirus death toll continues... The Emergence of Social Robots: How Ai Will Assist Us in...

A social robot is an autonomous robot. It maintains interaction with humans or other...