today we will talk about ten museums that you can visit from the comfort of your own home. we can visit the museum online now With the ever-new touch of technology, now we can visit the museum online.

Covid-19 has locked us in the house. We are all living in our own homes to prevent the spread of this terrible virus. We do not know when we will be able to walk again under the open sky! However, to alleviate some of your problems, today we will talk about ten museums that you can visit from the comfort of your own home.

To alleviate the pain of living in a closed room, we will first talk about the most famous "Louvre Museum" in Paris. The museum is famous all over the world as a historical monument. Now you can see the various historical exhibits of this museum through a 360-degree camera while sitting at home.

The museum first opened in 1793 with an exhibition of 537 paintings. Those images were the property of the then royal and confiscated church. Although it was closed for a long time due to some structural complications in the main building of the museum, it was reopened in 1801. Although it started its journey with only 537 paintings, it has now become the largest art museum in the world. This museum is also a historical monument! 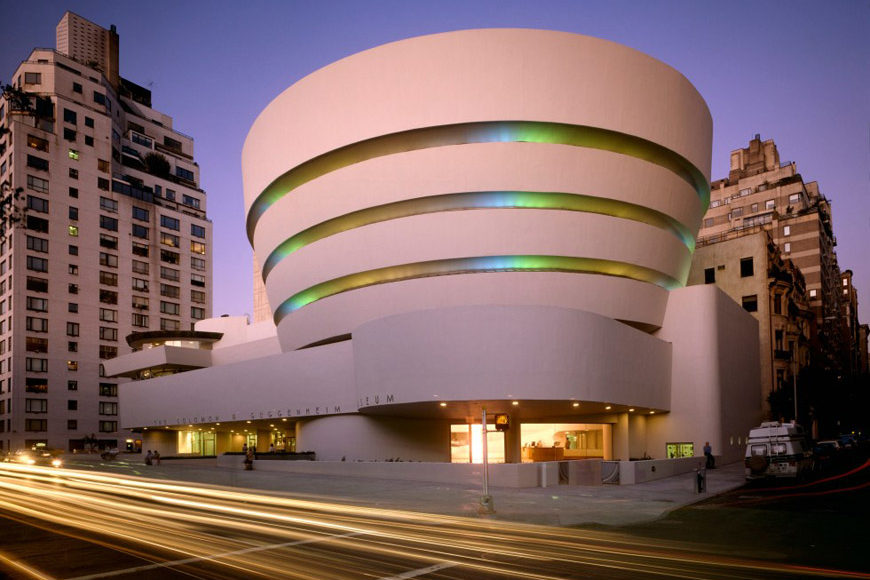 In second place is the " Solomon R. Guggenheim Museum ", an outstanding example of architecture. Although we can't see this museum designed by Frank Lloyd Wright directly with the camera, we can find out exactly what is here online. You will be fascinated by some of the famous paintings of Pablo Picasso, Mondrian and Jeff Kuns kept in this museum.

The third museum we will visit is the famous Spanish painting dedicated to Salvador Dali. Every wall of this museum seems to come alive, witnessing all of Dali's outstanding paintings. Even if you can't see them directly, you can see online some of the outstanding paintings of this legend that have become legends in the womb of time!

Born in Figueroa, Catalonia, Dali received his formal education in fine arts in Madrid. He was influenced by Impressionism and became quite proficient in Renaissance from an early age. He was attracted to the growing Cubism and the Avant-Garde movement. In this museum, you can learn about almost all the paintings and thoughts of this world-famous artist.

Yes! As you may have guessed from the name, now I am talking about this famous museum located in Washington DC. Now that the museum is closed like everything else, you can visit the museum online if you want. On this website, you will find a number of videos that will get you lost in the alleys of this world-famous museum.

Of course, the museum is still open to the public, meaning you don't have to buy a ticket to get here. The museum was privately established for the American people in 1937 by a joint resolution of the United States Congress. Andrew W. Mellon raised enough funds and funds to build it. The gallery's collection traces the evolution of Western art from the middle ages to the present.

Talking about museums, but the name of the British Museum will not come, how come? This gigantic museum, which exhibits about eight million historical objects in London, is currently unobstructed, so you can visit the museum with Google Street View. In addition, the unknown information on their website will take you deeper into history.

The British Museum in Bloomsbury, London, United Kingdom is a public institution dedicated to human history, art, and culture. Founded in 1753, the museum is based primarily on the collection of Sir Hans Sloane, an Irish physician, and scientist. Later, in the course of time, the museum has been enriched with thousands of data brought from different regions.

The Smithsonian Natural Museum of Natural History is also located in Washington DC. It is also one of the most famous museums for tourists. You can see everything in this museum online, you can enrich your knowledge with all the unknown information. You can also see fossils of various dinosaurs online with a 360-degree camera.

Admission to this museum is open to the public. The museum was one of the first Smithsonian buildings to be built exclusively for national collection and research facilities. Although the museum was established in 1910, it was only in 2016 that everyone started entering the museum for free.

The Metropolitan Museum of Art

If you have even the slightest interest in painting, you must have heard of The Metropolitan Museum of Art in New York. There you will find paintings of all the outstanding legends like Van Gogh, Jack Pollock in the world of painting. In addition, you will be able to easily knock on the door of all historical pictures online in a more excellent and information-rich way.

Located in New York City, known as The Met, is the largest art museum in the United States. In addition to Van Gogh and Jack Pollock, the museum's permanent collection contains paintings by the most famous painters from around Europe, including various paintings from ancient classical and ancient Egypt. You will also find a wide collection of postmodern and modern art here. And that is why this museum is well known for almost all types of paintings directly related to painting.

The museum is built on top of the famous painter Van Gogh in Amsterdam, the Netherlands. While it may be hard to find someone who hasn't heard of Van Gogh's name, many haven't set foot in the museum. Don't spend boring time sitting at home, but visit this museum. There are all the outstanding paintings by the legendary Van Gogh waiting for you.

The museum is a Dutch art museum dedicated to the work of Vincent van Gogh and his contemporaries in Amsterdam; This is a sterile museum. As of 2017, about 2.3 million people have visited the museum. Which broke all records of other museums in the Netherlands and made it the 23rd most popular museum in the world.

The National Women's History Museum in Virginia, Alexandria, USA will bring you in front of all the important women in history. You can visit this museum online to talk about gender equality. You can know about the different women who have cut the scars in the womb of tomorrow.

The museum was founded in 1996 by a woman named Karen Stass. Currently, the museum is associated with various educational activities in addition to exhibitions. Since 2017, the museum authorities have garnered widespread acclaim by hosting a number of exhibitions and events, and seminars online.

The Museum of Modern Art

Another famous museum in New York City is The Museum of Modern Art. At present, this museum is considered a place of pilgrimage for those who are in the world of modern painting. Just as this famous museum can be visited physically, you can also visit this museum online to blend in with modern art.

The museum is still doing a variety of research work on the development of postmodern and modern art. Besides, it has been playing a special role for a long time as a collection of various types of modern art. This museum, which is very popular today as a museum of modern art, can be the bearer and carrier of our present art. Who knows, maybe after a hundred years, people will gather information on the current state of the artwork at a glance at this museum!

Then why is it so late, now touch the known and the unknown, learn something new that is elusive. Taste a nice tour that you can get at home with just a device connected to the internet, to prevent the outbreak of corona. TOR Browser - The highest means of security and privacy...

The full form of TOR is The Onion Router. Just as onions are covered by a few layers... What is a computer virus? How to protect yourself from... Earth had a global ocean making it "Waterworld." The Covid-19 epidemic is accelerating 10 key technology trends, including digital... Next level of the agricultural revolution